Humans on the other hand can cause or trigger mass movements. For example:

In addition, mass movements depend on:

Unstable slopes such as along faults or slopes undercut by a river can result in rapid mass movements. In addition, slopes situated at earthquake prone areas are more prone to mass movements.

Water lubricates the soil which adds weight and triggers mass movements. In addition, it increases soil pore pressure resulting in the moving body to overcome the shear stress of the slope. Water plays a pivotal role in different types of mass movements.

Vegetation may help to bind and stabilize soil movements. Lack of vegetation means mass movements are more likely to occur.

Cohesion simply means how materials are well bonded together (jointed). Incohesive materials such as sands are more prone to movement than clays which have shear strength and resist movement. Once clays are saturated they often move en mass rather than individual grains.

Include soil creep, talus creep and solifluction. They occur on gentler slopes of about 6o.

Soil creep is the slowest of all mass movements (1-2mm in the humid temperate and 10-20mm /year in the tropics). It is mainly caused by wetting and drying or by freezing and thawing. Both of these processes adds weight to the soil which triggers their partial movement. Upon wetting the soil piles (heaves) up and subsequent drying contracts the soil and falls causing it to move. In freeze thaw scenarios the soil freezes and piles up and thaws upon warmed causing movement. The process of soil piling up and moving at right angles to the slope is called heaving. Soil creep tend to tilt trees, poles and burst walls as soil continue piling up at the wall foot.

Talus creep is similar to soil creep but involves movement of coarse stones.

This type of mass movement occurs in periglacial areas where the extreme cold temperatures not only freezes the surface, but also freezes the underlying bedrock.

This makes it impossible for rainwater or melted water to infiltrate downwards, instead, it moves on top of the impermeable layer collecting any debris or soil in the path. This creates solifluction lopes or sheets.

Flows are usually faster and holds large amounts of water. They include mudflows, earthflows, avalanches, lahars.

Mudflows are saturated clays moving fast on steep slopes. They mostly occur when intense rainfalls completely saturates the soil which adds weight and causes the debris to move. 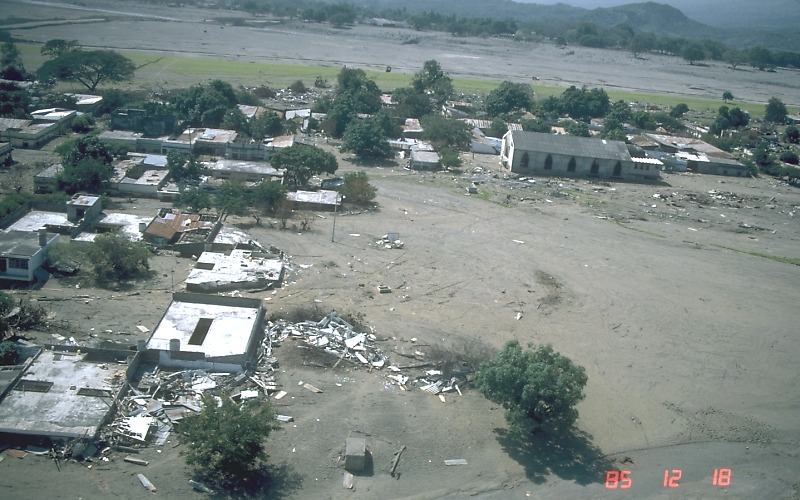 Earthflows are similar to mudflows but are slow because they mainly transport coarse material. 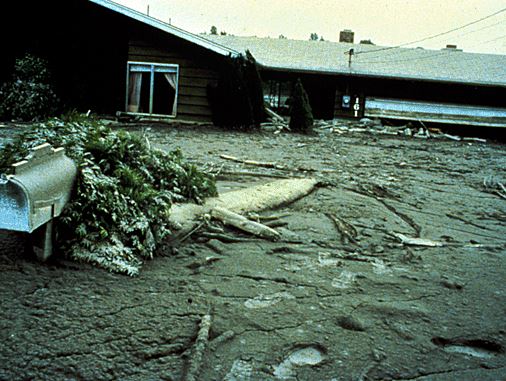 Avalanches are snow movements mixed with boulders and earth (soil) down a mountain. Earthquakes and volcanic eruptions disturbs the snow capped mountains and triggers the flow or thawing of snow in summer. In addition, human activities such as skiing can also result in these mass movements.

Slides are moderate to fast and contain considerable amounts of water. Depending on the water content they can reach 300km/hr.

Water attacks areas of weakness by increasing pore pressure which triggers movement. Water in slides is mainly used to attack lines of weakness while the moving body is dry. Slides include translational/planar, slumps/rotational slide and rock slides.

These are blocks of land that slide along a slip plane. Usually water attacking lines of weakness can cause the block of land to slide down.

Water increases soil pore pressure and the shear stress of the slope is overcomed by the shear strength of the material resulting in a landslide.

Blocks of land may pile up until a hard resistant scarp is reached where the last block rests. Slumps are not as fast as landslides.

Involves rocks sliding down along a parent rock with joints and bedding planes.

ly. They occur on steep scarps where boulders readily falls or when the scarp itself is weathered along lines of weakness by weathering such as freeze-thaw.

They can also be triggered by earth movements. Other falling material besides rocks include debris falls and ice falls. 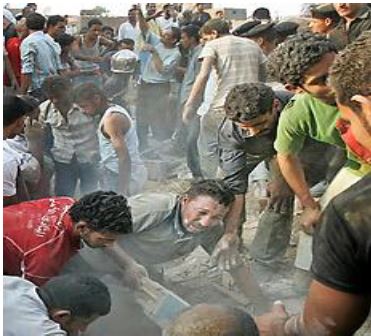 How understandable was this article

We are sorry that this post was not useful for you!


Denver is a Geographer, Web Developer, Graphic Designer, Blogger & Digital Marketer. He has come to know that everyday there's something new to learn :-)